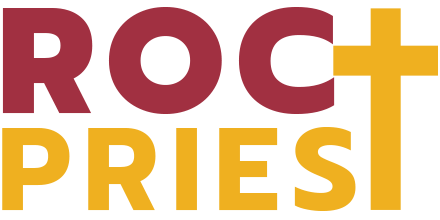 Year you entered the seminary? 2019

What was one of the major influences leading you to consider priesthood?
It’s hard to pinpoint one influence in particular, but if I had to choose I would say being a music minister and becoming involved in the liturgy was a major factor that led to me considering the priesthood.

Interests:
As a musician, I enjoy singing as well as playing piano, trumpet, and organ, and I have been involved with many musical theatre productions over the past several years. I also like to read, play board games, and participate in trivia/academic competition.

Year you entered the seminary? 2019

What did you do before you entered the seminary?
I was an educator and school administrator for Baltimore City Schools

Why did you enter the seminary?
I have always been involved in the church in some capacity since I was an altar server. The more I became involved, the more I felt drawn to the priesthood.

What was one of the major influences leading you to consider priesthood? My involvement in the church as well as the priests whom I know personally. They have been a guiding star in my discernment.

Interests:
I enjoy reading and hanging out with friends. I am very involved in my brother’s foundation so I do a lot of work with them for awareness and other events for families.

Year you entered the seminary? What did you do before you entered the seminary? Why did you enter the seminary?
I entered St. John’s Seminary for pre-theology studies in 2018. Before entering the seminary, I studied childhood and special education, with a concentration in history, at Roberts Wesleyan College, after which I attended The College at Brockport (SUNY) part-time for a few semesters to take graduate level classes in literacy education. I also worked as a Student Behavioral Assistant for three years as an employee of Monroe 2-Orleans BOCES, primarily at the organization’s Alternative High School. I entered the seminary, despite how wonderful and rewarding my experiences were working in education, because I felt that Christ was calling me to explore a life more united to His salvific work.

What was one of the major influences leading you to consider priesthood?
The number of instrumental personal influences and God-given moments which lead me to discernment are far too numerous to speak to adequately in this form. However, it would feel improper not to mention that my family, particularly my best friend and brother Anthony, my parents and both sets of my grandparents served as my first great examples of well lived lives that urged me, in their own ways, to in turn live as Christ calls each of us.

Beyond this, my work with youths, both as a part of my time at BOCES and my involvement in the Senior High Youth Group at my parish, served to point me towards discernment of the ordained priesthood. In both of these roles I was given a great gift; I was privileged to share in the real, joyous, and sometimes tumultuous lives of young people as they worked out their developing identities and discovered their own God-given goodness. It was through this work I felt, in greater and greater ways, that the Lord our God may have been calling me for quite some time to love Him and His people here in a special way: as, it is to be seen, one of His priests.

Interests:
I have been interested in music for many years. While I am very much an amateur, years of taking guitar lessons from a talented and faithful man, now a close family friend, helped lead me to a greater love and appreciation of our beautiful faith. I also enjoy reading, especially the works of G.K. Chesterton and Robert Hugh Benson. While I try not to spend too much time watching a screen, I have a deep appreciation for some science fiction programs and movies, especially (certain) Star Wars films and episodes from the original series run of The Twilight Zone.  Spending time as a family was a central and happy part of my upbringing, and even today as I write this I look forward to the next time I will be able to go fishing or watch an episode of Jeopardy, loudly, with my family. 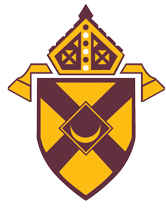